The Importance of Humane Leadership 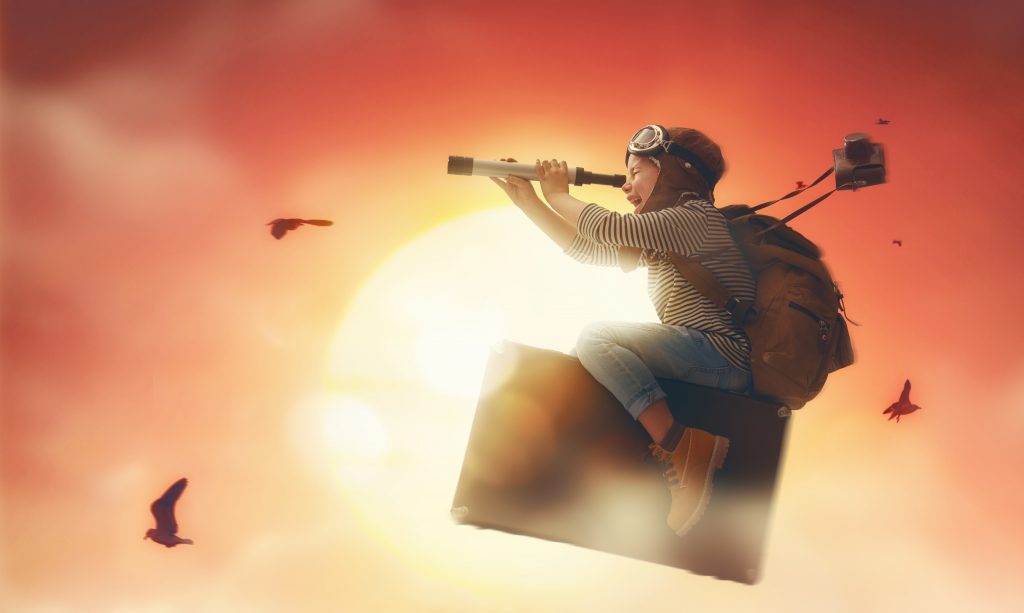 Since We Owe It To Ourselves and Our Children.

You possibly think that I am sitting here, on a stage in theater Branoul in 2019. But in reality, I am in my kitchen in the year 2040. And of course that is not a real kitchen, because we no longer need kitchens. but still … I love nostalgia and today is my nostalgia day.

It may be nice for you to see what my house looks like. My house. Yes, of course, you cannot see my kitchen, because you see the stage. My house is very special. It’s five years old. Ten years ago there was a major flood. And we Dutch are very smart and normally hold back the water, but this time we just let the water go. “Go with the flow.” And what happened next? I got a new house. This house has been around for 5 years now and it really is fully equipped.

If we just look here: here is a very large window. And when I look out there: that’s where the roads used to be… But these houses are now 10 meters above sea level and those roads are no longer there.

Look! There is a chuki sailing. A chuki is a hydrogen boat. You can’t hear it. There are people on it. They have the greatest fun. There are not just people standing on it, also robots… We have gotten used to them now…

And there, is a very nice screen. With that screen I can make contact with people all over the world. Look! Oh, of course you can’t see that either. There is my cousin. She lives in Adelaide. Yes, it really is that much fun. And I can just flip the screen to whomever I want to see. And then we eat together in our ‘not’ kitchen.

The idea of the robots is a very special one. My son developed them, my son Thijmen. And as I told you I have my nostalgia day today. And at my nostalgia day, I always ask my robot for Sam to do nice things with me. Have me brought back to… well… moments in my life. Let’s see what he has come up with now.

Tunnel … and it’s rather black. Yes, I know what he is referring to…We have to go back to 2013. 2013, that was my blackest tunnel in my entire life. I had just given birth to my second child. And to combine it with my work was heavy for me. I didn’t sleep anymore, I couldn’t think properly anymore. I don’t know, you might recognise that too. Everything was too much, but – at a given moment – I was told, every day, that everything I did no longer mattered. Me, the person with always loads of energy, and I gave that, but apparently not in the right way.

That tunnel had no end. I had the feeling that I would never get out. And the role that I had at work at that moment… That gave me absolutely nothing. I was far away from everything that I thought was important. I was in some sort of ivory tower, without contact with other people.

What I didn’t know was that, at that moment, a group of people got up. People who knew me from the past. People who saw me sitting in that tunnel. People who offered me a light. They started working on something, but I knew nothing about it. What I did feel was that, at some point,… Yes, there was some energy again, but I knew that I couldn’t do it alone. I had to get help from others.

What did I do? I asked former colleagues, from the time when I just started working to come and see me. I invited them, had lunch with them and we had coffee together. Did all kind of things. But what I actually wanted to hear was whether they had perceived such a tunnel in their life. These people were all – at the moment I got my first job – board members of these companies. And I really looked up to them. So actually, in my naivety, I thought “Oh, they will probably not have experienced such a thing”, but nothing was less true. They told me about managers they had had, who had, for instance, stolen their ideas. They spoke about moments that they could no longer fall sleep, that there was so much pressure on them that the financial performance was suffering. But the human part was missing. And when I asked: “How did you get out of this?”, they said: “With the help of my friends, people like you. People with inspiration, people who could give me something.” That made me think.

And that group of people who got up, had arranged something special for me. But I didn’t know that then.

Yes, it is very special isn’t it? That you are in 2040 and brought back all the way to your younger days, stuck in a tunnel. All this occurred when I was 33 years old. 30 years ago. I still look great of course. I get that. The creams they sell today are really great. But still. That my robot Sam gives this all on real paper. I like it.

The tree with an arrow pointing at the roots

Okay, let’s see what else he has: a tree with an arrow pointing to the roots. I think I know what that is.

This is about the place that those people had created for me. A place in the same organisation.

And do you know what the crazy thing was? It happened only a few months after the conversation that I had with that manager. That difficult conversation where we said: “Maybe this is not the right place for me, the right time.” I came to a new place and what happened was só special…

I got in the lift, went to the third floor of a building where I had never been before. The lift opened and there were six people in front of me, who said to me: “It is so great that you are here!” And they immediately gave me a hug. I could only think: “This is impossible! Something like this does not exist! But it really existed.” And I think that’s the arrow pointing to those roots.

Also there, there were people more senior than me. With a little more life experience. But also with attention to people. What I was able to do there, is regain my creativity. I could inspire people. I was responsible for a team all over the world. And what I saw happening there, in the area of safety, both process and personal safety, that I could add value. I saw that I could make a difference! Sometimes my colleagues said: “Here she comes again, the humane human.” I actually thought that was a very strange comment, since I believe all people should be humane.

Eventually, after about three years in that job, I started spreading my wings. I felt strong, but could not show everything that I wanted to show – and what my strengths were – in this organisation. And the great thing was that I worked with someone, in that leadership team that I was part of. He asked me – literally – “Aren’t you trapped in this system?” He said that in the year that I turned 40. In the year that I turned 40 and had set a deadline for myself. It was 2016. December. December 11th is my birthday.

In January, I already started thinking: “What will the rest of my life look like?” And on the day of the Brexit, that it was known – June 24 – I ringed my English colleagues. I said: “How are you feeling?” “I have a huge hangover”, was what they said. My response: “You know what? This is my independence day” And I put my signature under my farewell letter. That is what the tree and the roots tell me.

Sam? Do you have anything else? A smiling sun…

My mother used to make this for me. Sonja. That is my name. All the sunflowers in France were smiling at me, said my mother. And I am now trying to do that with my children. Making them laugh. Even now that they are 30 and 28. Because we are still in 2040.

My children. I am very proud of them. That they created robots. Robots that make people smile and make them think back on how their life was. How they got to where they are today.

The story I just told you is not really true. In fact, it is Black Friday 2019.

How this story came about

2 weeks ago, I sat with my son Thijmen at the kitchen table. I said to Thijmen: “If I would have to tell a story on stage, for an audience with people whom I’ve never seen before. What should I talk then about? Shall I interview you about… the future?

And THAT is what I do now, every day.

Purpose: The Other Perspective

After the story about my work – which wás true – I set up my own company, which is called The Other Perspective, with the main purpose to make people look in different ways, to make them feel again. Since there is more than just achieving financial results, than getting production up to speed. It is key that we give people the feeling that they exist, that we truly see them.

Every week I visit organisations, every week I interview people. And even though these conversations are just half an hour long, 50%(!) of the people I speak with experience a hard time. They do not feel understood, might even cry. And I try to offer them a different perspective.

What happened yesterday was very special. I received an email from someone who said: “What you did with me …” – last week I facilitated a workshop with 16 people from all over the world – and one of the participants told me that, by attending the workshop, he finally understood who he really was. That he had lost himself. And that he found the strength to finally take that very difficult step. By what I had offered him, along with my network partners.

And I think THAT is wonderful. And THAT is what I want to do. And I can only do it by staying true to myself. But also by doing it together. Together with everyone else. I wish that for you too.

Are you a leader? Are you a parent? Friend? Girlfriend? Whatever you are… don’t forget about yourself and the people around you!


Stay up-to-date by subscribing to our newsletter 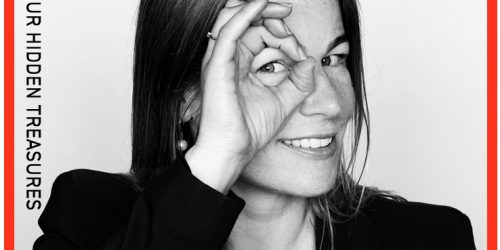 Sonja on the TEDx stage on 20th March

In two months, Sonja will be standing on this red dot @ TEDxTwenteU. Join the seven speakers online on 20 March 2021 and buy your ticket NOW!